Italian mezzo-soprano Raffaella Lupinacci will debut as Giovanna Seymour in Donizetti's Anna Bolena at the Lithuanian Opera in Vilnius. 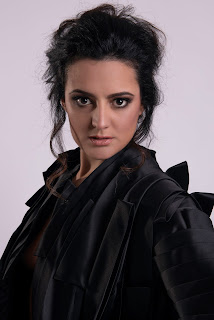 Italian mezzo-soprano Raffaella Lupinacci will make her debut in the role of Giovanna Seymour in Donizetti's Anna Bolena at the Lithuanian National Opera and Ballet Theater in Vilnius. Anna Bolena, considered one of Donizetti's best creations, was composed in just one month when the composer was 33 years old, and is the twenty-ninth work in his extensive catalog of operatic compositions. The first local performances of Donizetti's Anna Bolena opera, programmed by the Lithuanian theater, a co-production with the Roma Opera and will be conducted by its the musical direction Sesto Quatrini and directed on stage by Andrea de Rosa. The production will have its premiere on Sunday, October 4, 2020, with subsequent performances on October 14, 15, 16 and 17. In her debut in the role of Giovanna Seymour, young mezzo-soprano Raffaella Lupinacci, one of the most interesting and outstanding artists to emerge from Italy in recent times, who has performed countless Rossinian operas and has made belcanto one of her specialties, will add this challenging role to her already vast repertoire.