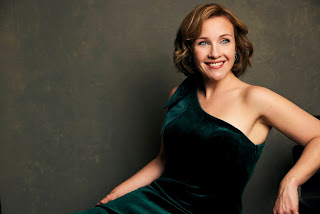 What:   Houston Grand Opera presents the January installment of Live from The Cullen on January 8. Viewers will be transported to the Wortham Theater Center’s Cullen Theater for a performance by talented mezzo soprano Sasha Cooke. Cooke is an experienced recitalist who has performed at Carnegie Hall and the Kennedy Center, among many others, and will draw from her extensive repertoire for her digital recital. Her appearances with HGO include an acclaimed performance of Verdi’s Requiem in 2017. Cooke will be accompanied by HGO principal coach Kirill Kuzmin on piano.

Who: Two-time Grammy Award-winning mezzo-soprano Sasha Cooke has been called a “luminous standout” (New York Times) and “equal parts poise, radiance and elegant directness” (Opera News). She is sought after by the world’s leading orchestras, opera companies, and chamber music ensembles for her versatile repertoire. Cooke has sung at the Metropolitan Opera, San Francisco Opera, English National Opera, Seattle Opera, Opéra National de Bordeaux, and Gran Teatre del Liceu, among others, and with over 70 symphony orchestras worldwide. She is a graduate of Rice University and The Juilliard School and lives in Houston.

Where: Stream the recital for free on your computer, tablet, or smartphone by logging into HGO.org or marquee.tv. Or stream the recital on your television by accessing the Marquee TV app using your Roku, Apple TV, Fire TV, or other device. Available on-demand through February 7.