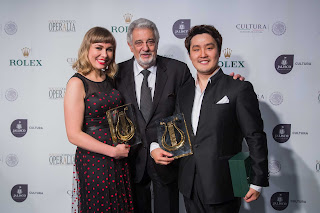 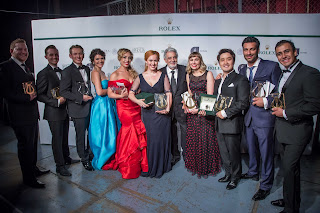 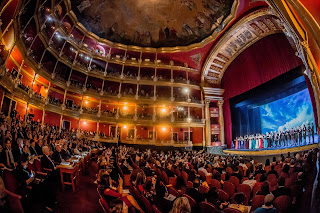 Brenton Ryan, tenor, 29 años, EE.UU
J. Corigliano - The Ghosts of Versailles - Oh, the lion may roar and the eagle may soar

Operalia 2016 is hosted by the Ministry of Culture of Mexico, the Cultural Secretary of the State of Jalisco, the sovereign State of Jalisco and the legendary Teatro Degollado in the city of Guadalajara, which this year celebrates its 150th anniversary. Final Concert will be held on July 24th 2016, 6 pm, at the Teatro Degollado accompanied by the Jalisco Philharmonic Orchestra conducted by Maestro Plácido Domingo.

Guadalajara, Jalisco, Mexico; July 22nd, 2016.- Operalia, the international Opera competition founded by Plácido Domingo in 1993, has revealed the 12 finalists that will perform on Sunday July the 24th, for an enthusiastic Mexican audience and a distinguished group of Opera experts from around the world. Another 6 finalists were announced for the Pepita Embil and Plácido Domingo Ferrer Zarzuela Prizes.

Earlier this week, the 40 contestants drawn from 16 countries took part in three days of preliminary rounds, where they sang for the competition’s international jury. The Finals Concert will be held at the Teatro Degollado on Sunday, July 24th, accompanied by the Philharmonic Orchestra of Jalisco conducted by Maestro Plácido Domingo himself.

Participating or even winning a prize in this competition is only the beginning of every singer’s relationship with Plácido Domingo’s Operalia. Since the jury is comprised for the most part of international Opera house’s General and/or Casting directors, Operalia’s distinguished jurors often invite and engage some of the singers to perform in the upcoming productions scheduled in their theaters. Plácido Domingo is not only actively involved during the competition, but he commits to each and every single contestant by engaging them for his own companies and projects, or recommending them for other engagements around the world.

This year, prizes are awarded to first, second and third place for both male and female; two Birgit Nilsson (male and female) for the Richard Wagner and Richard Strauss repertoire; two prizes for the Spanish lyric-dramatic genre Zarzuela, created in honor of Plácido Domingo’s parents, Pepita Embil and Plácido Domingo Ferrer; and the Culturarte prize. The audience also votes for their male and female favorites who receive a Rolex wrist watch from the event’s main sponsor and from Plácido Domingo, who has been a Rolex Testimonee for more than 30 years.

Operalia will be streamed live on Medici.TV, Canal 7 and Canal 22 in Mexico. The Gala Concert will start at 6pm, followed by the ceremony where Plácido Domingo will present the Awards. 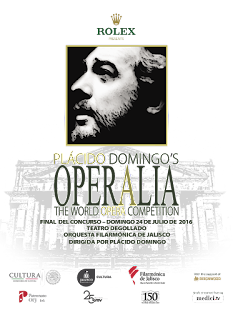 The city of Guadalajara and its legendary Teatro Degollado will host the Twenty forth edition of the Operalia Competition this summer from July 19th. to 24th, with the support of the Secretary of Culture of the State of Jalisco Six Mexican singers among the 40 competitors selected from 16 countries The Jalisco Philharmonic Orchestra will accompany the Finals Concert conducted by Maestro Plácido Domingo,

Operalia, the international Opera competition founded by Plácido Domingo in 1993, returns to Mexico after a 22 years absence. The Ministry of Culture of Mexico, the Cultural Secretary of the State of Jalisco, the sovereign State of Jalisco and the legendary Teatro Degollado in Guadalajara, which this year celebrates its 150th anniversary, will host the competition. The event will be held from July 19th. to 24th. featuring 40 competitors from 16 countries around the world, including six Mexican singers. Operalia has traveled the world in search of talent for the past 24 years. The first contest was held in Paris in 1993 and then moved to Mexico City and other cities such as Beijing, Bordeaux, Budapest, Hamburg, Madrid, Milan, Moscow, Quebec, Tokyo, Verona, Los Angeles and London, among others. The long list of artists who have won Operalia prizes attest to its success in discovering, launching and nurturing great talent. Some of the winners who have firmly established themselves in the world of opera include the great Swedish soprano Nina Stemme, the worldfamous mezzo-soprano from the United States, Joyce DiDonato; the Maltese tenor Joseph Calleja, Puerto-Rican soprano Ana María Martínez, and the soprano from Bulgaria, Sonya Yoncheva. Operalia is also proud to celebrate Mexican tenors Arturo Chacón Cruz, David Lomelí and Rolando Villazón, as well as Mexican soprano María Katzarava, among the talented voices who have made outstanding careers on the most important stages in the world. PLÁCIDODOMINGOʼSOPERALIA THE WORLDOPERA COMPETITION Operalia draws singers from around the world, ranging in ages from 18 to 32, in all the voice categories; to be heard by a panel of judges conformed by distinguished international opera Directors and Casting Directors. Hundreds of eager applicants submit their applications every year, out of which only 40 are chosen to compete in front of a jury of ten industry professionals, such as Jonathan Friend, Peter Katona and Joan Matabosch, Artistic Administrator of the Metropolitan Opera House in New York, Casting Director of the Royal Opera House in London, and the Artistic Director of the Teatro Real in Madrid, respectively. The 40 contestants facing the challenge this year come from 16 different countries, including Canada, France, Mexico, Poland, Russia, South Africa, Spain, and the United States. The group is prominently formed by sopranos and tenors, and with a good representation by mezzosopranos, and baritones. One bass, one bass-baritone and one countertenor complete the roster. The jury, presided by Plácido Domingo as a non-voting mediator, will gather in the City of Guadalajara to listen to the 40 singers during two days of quarterfinals, followed by a semifinal of the continuing 20 contestants. The number is then reduced to ten finalists who will compete at the Finals Concert held at the Teatro Degollado on Sunday, July 24th, accompanied by the Philharmonic Orchestra of Jalisco conducted by Maestro Plácido Domingo himself. Rolex is proud to present Operalia, the World Opera Competition, for the 15th consecutive year, perpetuating its commitment to the arts. Plácido Domingo has been a Rolex Testimonee since 1982, and Rolex is delighted to extend its support to the exceptionally gifted young performers who share its quest for excellence and perfection. 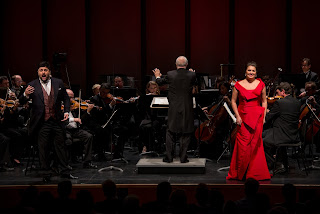 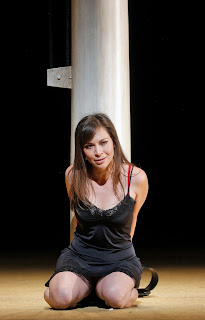 In the Penal Colony en Boston 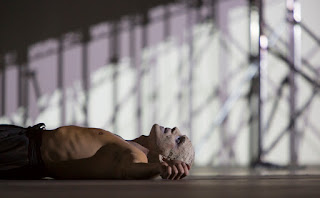 Posted by Una voce poco fa at 8:15 AM No comments: 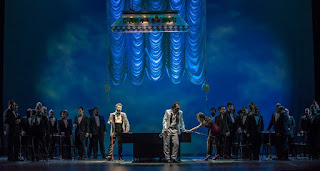 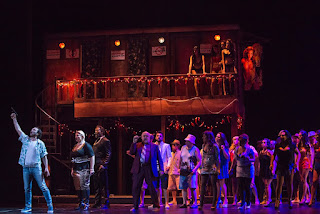