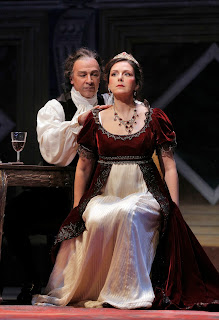 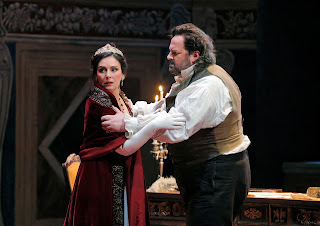 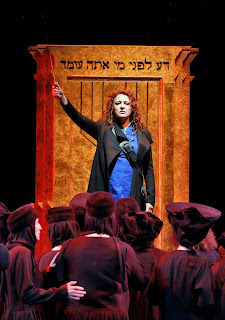 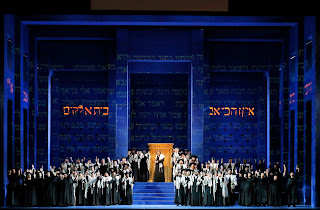 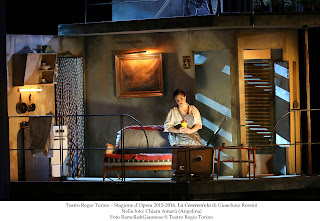 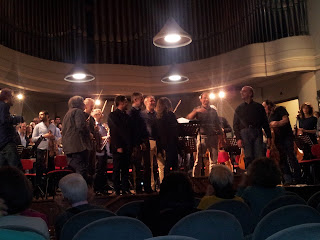 Mozart’s Don Giovanni, this opera of operas, so often seen, heard, staged, that we take its characters and their stories for granted, can still surprise us. With their sophisticated actors’ direction, where every stage movement is in harmony with the music and the characters’ inner truth, Moshe Leiser and Patrice Caurier, assisted by Christian Fenouillat’s simple and effective sets, Agostino Cavalca’s costumes and Christophe Forey’s lighting, make this age-old drama vibrate again for us. Mark Shanahan’s conducting of the Orchestre National des Pays de la Loire is full of energy, yet finely chiselled. The recitatives, be it secco (applause also for Hélène Peyrat’s harpsichord) or accompagnato, are perfect musical theatre with impeccable and musical phrasing. They carry all the dramatic force of their contents; Nikolaus Harnoncourt has left us this day and it is comforting to see his heritage alive here today. The young and eager cast give it their all: Don Giovanni is a young man ever in search of the next kick to fill his inner emptiness. Sex, drugs, everything is fine with him as long as things keep moving. Young baritone John Chest, who has been appreciated here in Korngold’s Tote Stadt already, simply nails him. With his clear and authoritative timbre, he has the charisma and stage presence to render credible this rascal, prince of the night of his neighbourhood. Indeed the class differences are more of a psychological nature here, and Don Giovanni’s superiority stems from his willpower and pure physical force. The neighbourhood is represented by the bright blue façade of a modern apartment block, complete with glass door, bells, staircase and elevator. A carriage entrance leads to the car park where the party that ends Act I will take place. It’s here that we see Leporello cool his heels, muttering under his breath, before Don Giovanni barges in, half dressed, carrying his clothes, and where the arrival of Donna Anna and her father will set the drama in motion. From this moment, we forget that we know the work by heart, we follow its development, holding our breath. Ruben Drole, baritone with the warm timbre of black velvet, plays Leporello with sensitivity and attention. The interactions between him and Don Giovanni are a bit ambiguous from the first, and very physical, and we shall soon understand that Leporello loves Don Giovanni: his catalogue aria, that at first addresses Donna Elvira, takes slowly the form of a complaint.  Mezzo-soprano Rinat Shahan is Elvira and abandons herself poignantly to the despair of her character, especially in the grand aria of Act II. Beside those three formidable energies, the couple Donna Anna/Don Ottavio, touchingly interpreted by Gabrielle Philiponet and Philippe Talbot, seems a bit pale. In the final chorus – and there is no knowing if this comes as an appeasing anti-climax or a distraction after one of the most dramatic descents to hell ever, where Don Giovanni’s last cry becomes a sob – their couple seems seriously threatened. This final takes place in the cemetery: Giovanni shoots some heroin, the Commander comes out of his grave and everything takes logically the character of a very bad trip, or an overdose, and, musically underlined with irresistible drive, takes us with it wherever poor Giovanni goes. Shatteringly full of truth about human feelings and frailties, this Don Giovanni is well worth attending.
Next representations: Thursday 10th and Saturday 12th of March, Nantes, Théâtre Graslin, Wednesday 4th, Friday 6th and Sunday 8th of May, Angers, Grand Théâtre.

Posted by Una voce poco fa at 6:31 AM No comments: 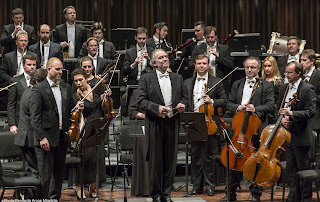 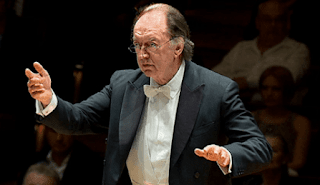 Celebrated Austrian conductor, Nikolaus Harnoncourt has died today – aged 86. He will be remembered as a leading pioneer in “period performance practice” of the Renaissance, Baroque and Classical periods. He had appeared with many of the world’s leading international orchestras, including conducting the 2001 and 2003 Vienna Philharmonic New Year’s Concert and was the founder of the Concentus Musicus Wien – an eminent chamber ensemble focused intensively on Baroque and Renaissance music and performance practice. He announced his retirement from the concert stage, due to poor health, in December last year.
Posted by Una voce poco fa at 1:48 PM No comments:

I Due Foscari en Milán 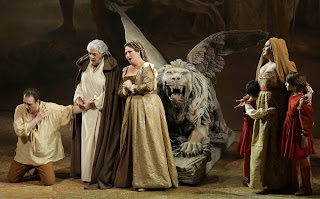 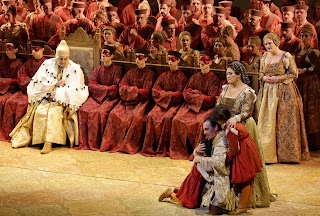 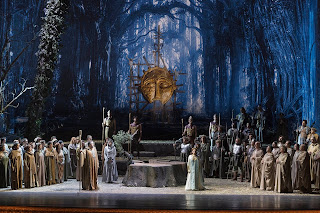 Posted by Una voce poco fa at 9:44 AM No comments: