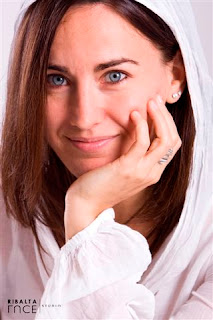 Photo: Marina Bartoli (soprano)
Ramón Jacques
Originally from Mantua Italy, soprano Marina Bartoli grew up in Imperia, and graduated from the “C.Pollini” Conservatory in Padua and continued her musical training in Switzerland, where she attended an advanced singing course (Fortbildungsstudium “Barok-Klassik”) with Gerd Türk and Evelyn Tubb at the “Schola Cantorum” of Basel, and an advanced singing course (Fortbildungsstudium “Lied und Oratorium”) with Kathrin Graf at the "Hochschule für Musik und Theater” of Zürich. She has performed in many concerts in Germany (Philharmonie in Köln, Gothare Konzerte and Internationale Händel Festspiele in Göttingen, Staatskapelle and Philharmonie in Berlin, Internationales Kammermusikfestival in Leipzig, Bach Music Festival in Würzburg) Italy, Switzerland, France and Spain. On stage she has appeared as Agnesina in “L'INIMICO DELLE DONNE” by B.Galuppi (Internationale Barocktage Stift in Melk, June 2006), as Ippolita in “ERCOLE SUL TERMODONTE” by A.Vivaldi (Festival dei due Mondi di Spoleto, July 2006), as Alinda, Oronte and Arpago in “L'INCORONAZIONE DI DARIO” by A.Vivaldi (Opéra de Nice, September 2006), as Fortuna, Allegrezza and Venere in “IL GIUSTINO” by G.Legrenzi (Rokokotheater in Schwetzingen, April 2007), as Dirindina in “LA DIRINDINA” by D. Scarlatti (Festival Settembre Musica in Turin, September 2007), as Tullia in “OTTONE IN VILLA” by A.Vivaldi (Teatro Olimpico in Vicenza, June 2008), as Arianna in “IL GIUSTINO” by G.Legrenzi (Grand Théâtre de Luxembourg, November 2008) as Lucio in “IL FINTO TURCO” by N.Piccinni (Teatro Olimpico di Vicenza, June 2009) and as Ramiro in “ARTEMISIA” by F.Cavalli (KunstFestSpiele Herrenhausen in Hannover , June 2010) . She has sung under the baton of several renowned conductors (including Claudio Scimone, Gustav Leonhardt, Philippe Herreweghe, Bob Van Asperen, Alan Curtis, Thomas Hengelbrock, Ingo Metzmacher), and collaborates with various music groups and orchestras (L’Accademia Bizantina, La Venexiana, L’Arte dell’Arco, L’Orchestra di Padova e del Veneto, Il Complesso Barocco). She has recorded for the following Labels: Tactus, Dynamic, Cpo and Brilliant.
How did you become a lyrical singer and when did you discover that you had a miraculous voice?

I was a literature student in college who constantly deviated time away from my studies to dedicate it to music. At that time I was singing in the chorus at my university, I sang at folk concerts and pubs, and studied piano and attended concerts, but never thought about pursuing a career as a singer. When I was nine years old and still living in the city of Imperia, a bass singer who was at the peak of his career became my next door neighbor and heard me sing a pop song one day. He encouraged me to become his student and even offered to give me free lessons, because he was convinced that I had a lot of talent. After a few lessons, I realized I was not interested in that style of singing, which I thought was unnatural; and the breathing exercises of putting a book over my stomach were simply too boring for me. Due to a series of fortuitous events I finally arrived to a lyrical style of singing when I was about 20 years old. The director of the university chorus in which I sang suggested that I take some technique lessons from a soprano, and not ruin my voice because at that moment I often sang popular music and that is what I did. Some time later, I auditioned and was admitted to the Conservatorio Pollini in Padova, where I became a student of Ms. Rognoni. That was the school where I studied and graduated. 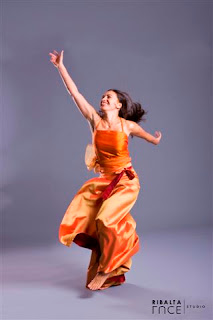 Were you the first one at home to become a musician?

My father was a ship doctor who had no musical knowledge, but liked every type of music and had a beautiful spoken voice. My mother who is a native English speaker always loved music and she made me become closer to it. When I was little, she played the guitar for my brother, my sister and I while teaching us folk songs from the 60’s and the 70’s. Also, my grandmother was a pianist, and thanks to my admiration for her, I began to play the piano as well. In addition, I have a cousin who is a cellist. Nowadays, with my brother who is a baritone, and has recently graduated from the Conservatorio di Milano, I share my passion for opera. We are preparing to do concerts together and plan on recording a crossover music CD.

How did you specialize in the baroque style of singing?

Because I was captivated by this type of music at the moment, I began my studies at the Conservatoire, and also because the characteristics of my voice adapted well to this repertoire.

What are the technical differences of the baroque style of singing in comparison to the other styles, and which qualities do you need to posses in order to do it justice?

From the technical point of view, almost nothing changes in regards to respiration, relaxation, pronunciation, maschera, fiato, as these are all common traits for any style of singing. However, it is true that there exist other technical elements for the antique, or baroque repertoire (such as: “messa di voce”, agility, and “gorgia”), and I think that in order to make a difference, there should be a conscious and desired control of the “vibrato”, as well as a capacity to improvise, which is synonymous with ductility.
Presently, how close is the singing and interpretation of old compositions to the way they were interpreted at the time when they were written by the composers? Specifically speaking about your studies of antique music at Schola Cantorum Basel, what did you learn there and how do you reconcile what you’ve learned with your own understanding of singing?

It is thanks to the reading of old treaties that we have arrived at the progressive discovery of the baroque repertoire, and its current philological execution. On the other hand, at Basel I learned to follow the indications of the old masters from the past, trying to reproduce as much as possible their style of interpretation. Also taking into account my own voice I try to find a vast spectrum of colors, and I try to express them as they are suggested in the old texts. It is also necessary to be acquainted with the baroque style of phrasing, and its specific articulations so that one can embellish the way it was done by singers in the seventeenth and eighteenth century.
When did your stage debut take place?

My official debut took place at Teatro Caio Melisso in Spoleto in 2006, in the opera Ercole sul Termodonte by Antonio Vivaldi. It was a rather tormented experience, because we did not agree with most of the ideas of the stage director, who in my opinion aimed towards creating a scandal rather than focusing on the force of the music, and the narration of the story. The partially nude costumes used, an idea not shared by all three female singers in the cast, seemed to me somewhat grotesque and excessive. This was the case in some scenes that I found to be useless and unnecessary. Also, I thought the choice of having the tenor sing completely nude was arguable. Not for the fact of the nudity itself (which is justifiable by looking at the iconographies of Ercole and from a “realistic” staging), but because if was evident that it was giving way to the idea that the only efficient method to gain attention is the body. Sadly, this is happening in Television and in politics, must this also occur in the arts and in culture in general?

Other than the repertoire you are currently singing, are there any other composers that you would like to explore, that interest you or whose music has been proposed to you?

Lately, I’ve become interested in the work of Alessandro Stradella, because I met an important scholar of his work Professor Carolyn Gianturco, an American woman who lives and teaches in Italy. I am trying to explore as much as possible of his life and work, because I find it engaging. Also, I find the contemporary repertoire very appealing. 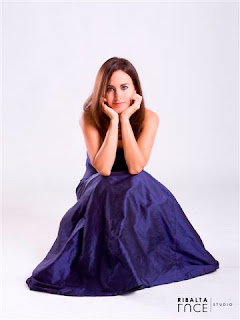 You also sing musicals and pop repertoire. How do you go about, singing a repertoire that seems so distant from the antique style?

As I’ve mentioned before, in searching for the right sound of the voice, from the technical point of view it is the same for various styles of singing. The only differences that I find between opera and pop music are the “tessituras” and naturally the projection of the voice. Furthermore, the repertoires from the seventeenth and eighteenth centuries require a capability for “rubato” (or swing), and the ability to improvise, which I find closer to the so called light music, than to the lyrical repertoire of the seventeenth century. Also, from the interpretative point of view there more similarities, because when I sing pop, jazz, or musicals I always strive to be guided by the text which is very important.

What would you say to those who say and believe that baroque operas are bewildering, uninteresting, and often too long, and monotonous?

I would say that they are right! Operas are often cut and in these days the arias di sorbetto are no longer performed, therefore the public who attends performances often has to listen to endless recitatives and boring music. I think that operas which are not worthy enough to be performed in front of an audience should not be exhumed at any cost.

Could you speak about your recently released recording of Ottone in Villa by Vivaldi?

It’s a CD (released by the label Brilliant Classics) worth listing to because it has a young cast of experienced singers, stunning music, beautiful orchestral color, and new vocal pyrotechnics found in the version of the famous aria di bravura “Gelosia, tu già rendi” ( Act 1). I sang the role of Tullia and its beautiful arias "Che bel contento" in Act III and "Si, si, deggio partir" in Act I.
In the “da capo” do you make the variations by yourself? In baroque music, do musical directors allow you to sing freely, or do they demand absolute compliance to their ideas?

Normally, I make the variations myself because I can pour out my own creativity, and also because no one knows my voice better than me. In the variations I try to remain truthful to the composer’s style while displaying my own strengths, in the way it was done by the castrati. Regarding the other question, I often find directors who allow me too much liberty, although I’m open to hearing different ideas. 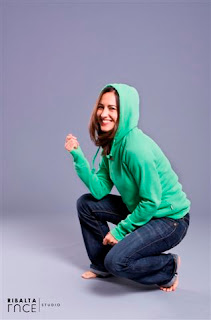 What is your opinion on stagings that incorporate modern elements? Do you think these can sometimes harm the essence of a baroque opera, or make some sense? What have been your experiences?

I am not against them and my only experience in that regard occurred in June 2010 in “l’Artemisia” by Francesco Cavalli at the Kunstfestfspiele Herrenhausen in Hannover and in “Il ballo delle ingrate” by ClaudioMonteverdi at the Music Festival of Istanbul with La Venexiana. I think that modernizing situations to a contemporary context can be something efficient and possible. It’s a matter of taste, of sense, and in the end of the intelligence of the stage director.

What are your future commitments?

In the month of April I will sing for the first time in Imperia, the city where I grew up. After that I will be in Germany and France with “La Risonanza” by maestro Bonizzoni and in a new and interesting project with music by composer Agostino Steffani with tenor Massimo Crispi and the Orquesta Barroca de Granada.
Posted by Una voce poco fa at 12:01 AM