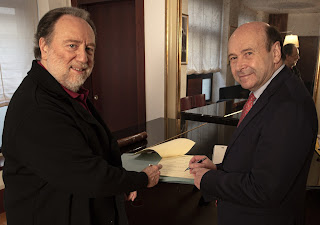 The Board of Directors of Teatro alla Scala met today and accepted the proposal of Superintendent and Artistic Director Dominique Meyer to extend Riccardo Chailly's engagement as Music Director until 2025. Chailly, who is currently in rehearsals for "Die sieben Todsünden" and "Mahagonny Songspiel" directed by Irina Brook, made his debut at La Scala in 1978 and took over as the Theatre's musical director in 2015.